Giraffes: Can new technologies help save these forgotten giants? 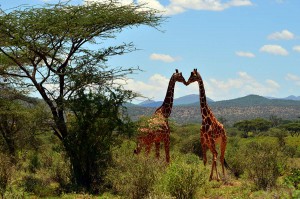 Giraffes have walked the earth for at least a million years and are disappearing at an alarming rate. For instance, two hundred years ago there were a million giraffes. In 2000 there were 140,000 roaming Africa’s plains. Now, fifteen years later their numbers have fallen to less than 80,000.

Scientist Dr. Anne Innis Dagg, is a contributor to the project and a pioneer in giraffe research. Consequently, Dr. Dagg did the original field work on this project, which provides the basis for all future research.

Giraffes are silent animals, more or less mute, though scientists suspect they communicate in ways we can’t hear. This is demonstrated in the film “Giraffes: The Forgotten Giants”. This film was directed by Mark Johnston and produced by Amanda Handy for Nomad Films in association with CBC. John Doherty, was the coordinator of the Reticulated Giraffe Project which was shot in Samburu, Kenya.

Doherty, along with other scientists, are carrying out ground breaking studies in the areas of infrasound (low frequency sound humans can’t hear). The group is using the most current research and state of the art technology. The Forgotten Giants’ sound recordist was Jason Milligan. Jason spent months putting together the necessary equipment to do the delicate recording featured in the film. As a result, recordings were made that may prove giraffes use infrasound to communicate. The Bag End IPD18E-R was the infrasub used to generate the sound, (see 16:00 – 18:00 in movie). It is potentially a world first that could give a voice to these seemingly silent creatures. 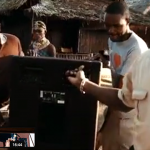 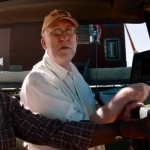 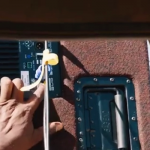