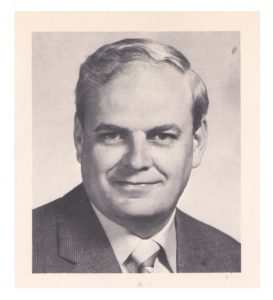 “What an interesting man, intelligent, principled,
rich in family and generous with his friends.
It’s a shame that there’s only a few who know of and understand the significant impact he had on audio.”

As a young man interested in music and sound systems,
I was fortunate to meet Ed in the summer of 1975. 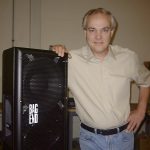 I proudly represented his company, Calibration Standard Instruments, selling his revolutionary studio monitor loudspeakers. In part, meeting Ed inspired me to participate in the founding of Bag End Loudspeakers. Throughout the next 30 years E. M. Long Associates consulted and licensed technology and patents to Bag End. 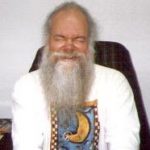 Ed often worked with his associate Ron Wickersham  in the field of audio transducers, specifically microphones and loudspeakers. Time-Align loudspeakers, Pressure Recording type microphones and Extended Low Frequency loudspeakers were invented by Ed and Ron and have proven to be fundamental advancements in the history of improving audio quality. Some form of these advancements are embedded in almost every audio recording today.

Ed was invited to present on Time Align® loudspeaker crossovers by the Acoustical Society of America at their 130th Meeting which took place in 1995 at the Adam’s Mark Hotel in St. Louis, MO.

Ed and Ron, in studying the behavior of flush-mounted microphones, uncovered a basic error in thinking, which lead to the invention of a superior microphone. The Pressure Recording Process was the first fundamental microphone advancement in 50 years. Based upon the Pressure Recording Process (PRP) invention, Synergetic Audio Concepts trademarked the term PZM™ (Pressure Zone Microphone) and encouraged the implementation of the PRP patent. The first microphone to license technology in the PRP patent was the PZM™ made by Ken Wahrenbrock and then later the Radio Shack PZM™ and Crown PZM™ implemented PRP technology. Today Crown still manufactures PZM™ microphones based upon the PRP.

When improving the bandwidth of low frequency reproduction became the focus Ed contributed to Ron’s idea and they invented a method and apparatus for operating a loudspeaker below its resonant frequency known as Extended Low Frequency (ELF). ELF fundamentally allows low frequency extension of a loudspeaker system without degrading the phase response. With ELF the low frequency component of the sound is musically connected as part of the total sound. ELF provides greater overall impact and higher accuracy for music playback and recording systems as well as live sound reinforcement systems. The ELF system was first sold to the US Air Force for a portable PA system and later incorporated into CSI studio monitors and licensed to Bag End. Bag End offered a wide range of ELF subwoofer systems and today still utilizes the fundamental ELF principal in many products.

Ed Invented the first Time-Aligned loudspeaker system. A fundamental breakthrough in loudspeaker design, Time-Align® Loudspeakers assure that the fundamental and overtones of a complex, transient, acoustical signal are presented to the listener in the same relationship as the electrical signal at the input terminals of the loudspeaker. The instrumentation for this Loudspeaker design was self made by Ron Wickersham and speakers based upon this technique quickly became well respected for their quality and realism.

Ed invented Near-Field™ Monitoring. This monitoring technique was developed and detailed by Ed through the 70’s and by 1979 the technique was used by professional recording engineers all over the world. It is now used at some stage in the production of almost every recording made.

Ed thought loudspeakers should be a precise instrument to reveal exactly what was on a recording. He designed, built and tested each CSI speaker and insured they were consistent and technically excellent. Ed’s children sometimes assisted in assembly but for the most part Ed did everything himself. He designed every cone, coil and detail from the ground up, and then modified the parts if he couldn’t get exactly what he wanted. He assembled and personally soldered and screwed them together and then thoroughly tested each one to be certain they were as perfect as possible. Some of his customers were mixing the most notable recordings of the time, Ed knew most of them and its no wonder they all loved him and his speakers so much.

Ed was a regular contributor to Audio magazine where he reviewed equipment such as loudspeakers, turntables and phono cartridges. 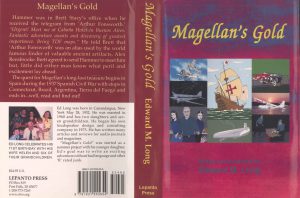 Ed was the author of Magellan’s Gold which is a children’s book written with the goal of writing about an exciting adventure without bad language and other ‘R’ rated junk. This book is a rare find.