Not New …But Interesting 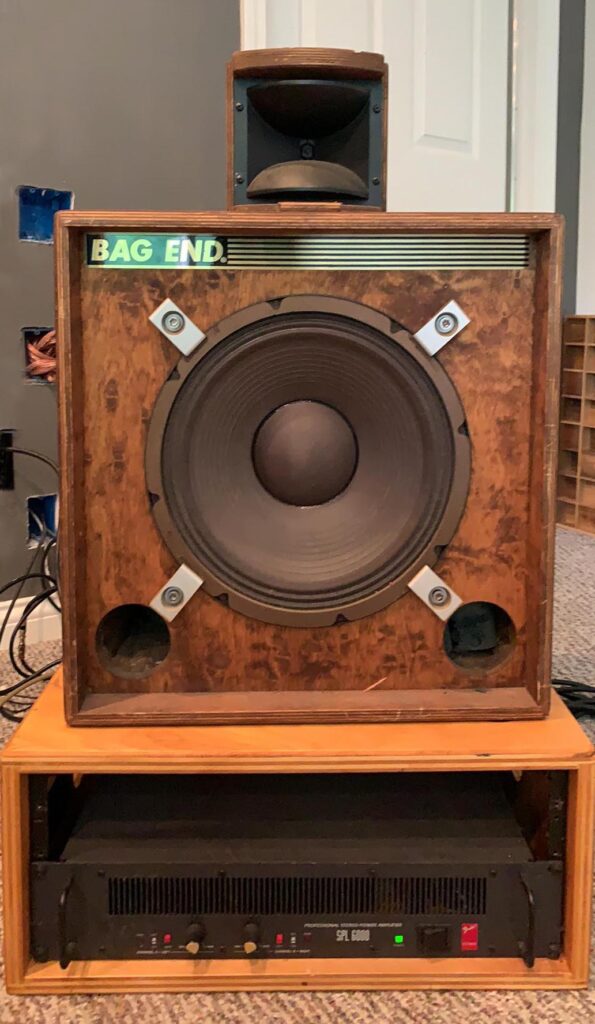 In the 1980’s Don and Carolyn Davis, founders of SynAudCon, explored the art of Time Align loudspeakers in their audio seminars.

This loudspeaker was a gift from Bag End to Don and Carolyn to help demonstrate the impact of time offset between a woofer and a tweeter. Based upon the original Bag End TA-12 loudspeaker this demonstration unit had a sliding track for the tweeter to move back and forth while listening or measuring.

The Houston Museum of Natural Science

Tonawanda, NY The Riviera Theater and performing arts center is listed on the National and New York State Register of... Read More

Keith Emerson and his Bag End System D18E-R’s with TA15 Keith was a keyboard player, composer, pianist. In addition, he... Read More

Check out the whole series… After 25 years our Bass Instrument series has undergone a significant change. In short, the... Read More

And Bag End Bass The National Museum of African American History and Culture at night. The exterior is turned into... Read More

Radio Personality and band frontman Pat Capone, along with bass player Michael Streicher, of the Bootlegger Band, stop by to shop... Read More

Giraffes: Can new technologies help save these forgotten giants?

Giraffe Research Project in Samburu, Kenya Giraffes have walked the earth for at least a million years and are disappearing... Read More