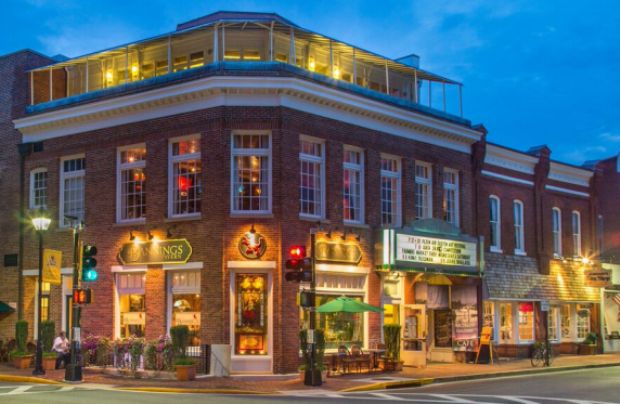 Once described as “the showplace of the Eastern Shore,” the Avalon Theater In Easton, MD, celebrated its 80th birthday with the completion of the second stage of a three-phase project to give the grand old theater a new voice.

The first Phase of the project to outfit the theater with a new sound system was to upgrade its console, completed in 2000. Phase three replaced the monitor system. Phase two essentially replaced the entire front-of-house system exclusively with a BAG END Loudspeaker System.

Built and opened in 1921 for the then-staggering cost of $100,000, the Avalon Theater, at 40 East Dover Street, quickly became part of the Eastern Shore’s cultural fabric. Visually spectacular, it boasted leaded glass doors at every entrance, an 18-foot dome with 148 lights, a 300-pipe electric-pneumatic organ, and electric player piano and a ballroom on the second floor.

The theater was purchased by the Schine Theater Chain in 1934, which closed the ballroom and renovated the theater with the Art Deco theme that remains today. As it’s reputation as one of the East Coast’s most well known movies houses grew, the Avalon hosted three world premiers, including “The First Kiss” starring Gary Cooper and Fay Rae, which was filmed in the area.

But as times changed the Avalon fell on hard times and closed its doors in 1985. The building remained dark for more than two years before the town fathers of Avalon spearheaded a $1.36 million renovation to return it to its former glory. But management of the theater staggered along until the Town of Easton purchased it in 1992 and turned it over to the non-profit Avalon Foundation, Inc., under the leadership of John and Ellen General.

Under the General’s leadership, the grand old lady – as a center for the performing arts and community activities – has finally regained its rightful place as part of the social, educational and artistic fiber of the Eastern Shore. As part of that success, the theater now hosts national musical shows, musical theater troupes and symphony performances.

The existing system, with a subwoofer package located on the apron of the stage, was adequate for speech. But theater managers were faced with two problems. They were getting complaints that the sound system was not satisfactory for music, and they wanted the apron space back.

They called upon Kevin Short of Mid-South Audio in Easton to come up with a solution. “The first decision was to go with wall-mounted speakers for the high and mid-range sound to free up the apron of the stage,” Short said. “That’s how it started.”

“After auditioning several brands of speakers, BAG END Gem series speaker systems were chosen because of their relatively compact size for high-output speakers, their excellent sound quality, and price point.”

A total of six BAG END speaker systems make up the top end of the main system. Two OPALs are mounted left-right on the proscenium, two CRYSTALs cover the balcony, and a pair of TA6000s act as front fill speaker systems. 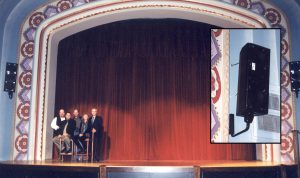 Short selected a BAG END QUARTZ subwoofer system, controlled by a BAG END processor for the bass system. “I chose the QUARTZ because I believe there is simply no better subwoofer available,” he said.

The QUARTZ is a high definition, low distortion, system loaded with four 18-inch subwoofers, that handle 1600 Watts continuous sine wave or music program, that is capable of going down to 8 Hz.

Short took advantage of some stage renovations taking place at the same time the sound systems was being installed to conceal The QUARTZ, which measures 40 inches high by 30 inches wide at the front and is 31 inches deep, under the stage center. The two TA6000 front fill speakers, also concealed, were located either side of the QUARTZ.

The final analysis of how the new system is performing: “The BAG END speakers complement the nice acoustic space of the Avalon Theater and have received high praise from musicians and traveling sound people alike,” Short said.