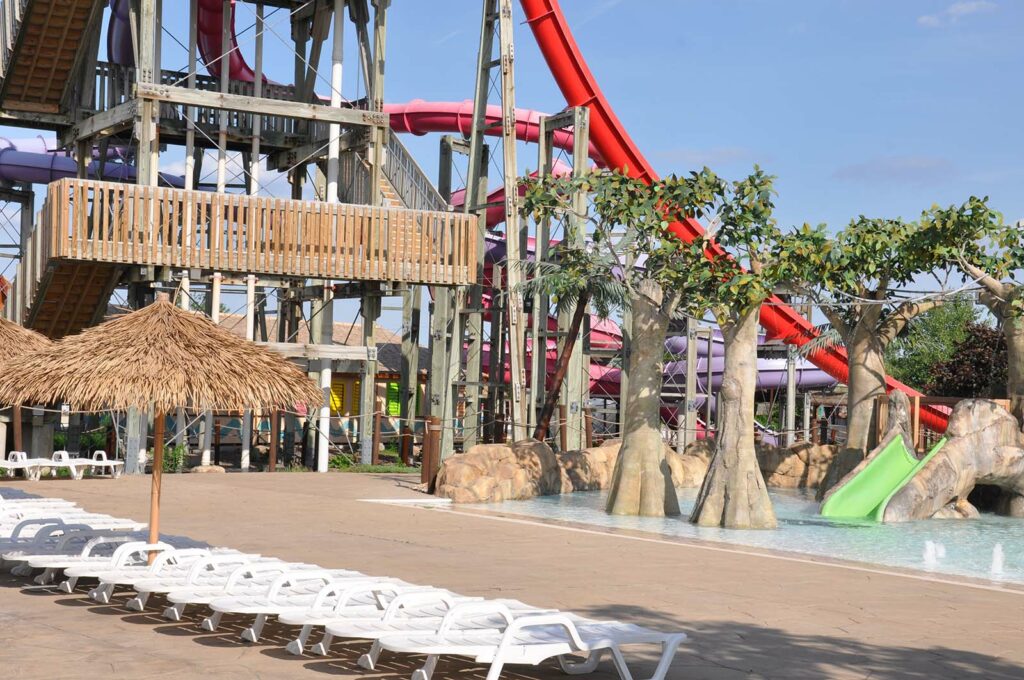 Lost Island Water Park opened its doors 20 years ago. And, more importantly, has been rated #4 in the nation for waterparks over the past few years. The park is now rated at #2 in the nation, due to the 2021 overhaul. The sound system was the only improvement! Six Weatherproof Bag End TA5002-I’s were installed. The speakers act as entertainment, create a party atmosphere for the park, as well as park ambiance.

Sound designer, Duane Randleman, of Automation Lifestyles was chosen for the project. After installation Duane stated that, “The speakers sound like high end audio and make the large park sound like an upscale dance club, the full range sound is evident even in the parking lot.”

Jim Wischmeyer of Bag End Loudspeakers recommended a 100 watt tap for level, (70 volt transformer at 100 watts). Duane added: “The 100 watt tap was perfect. Lots of output with a very long throw considering it is also a rather wide dispersion, which I like. They do need a little EQ to get them dialed in and they are very HiFi sounding.” 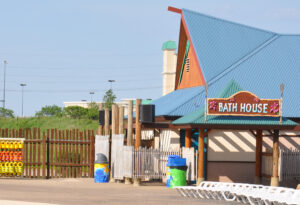 Wischmeyer adds: “The Time Align is what gives them the HiFi sound. It’s sometimes hard to get both a flat frequency response and Time Align so we optimized in the time domain. Like you said you can EQ in the frequency domain to make them sound good. In free space it may take a bit more EQ as typically they are used in 1/2 space up against a wall or ceiling.”

“Installation was tough” stated Randleman. We had to manhandle them up two 40ft. extension ladders then rest them on supports while we pulled them the rest of the way from above to varying heights between 40 and 65 ft. 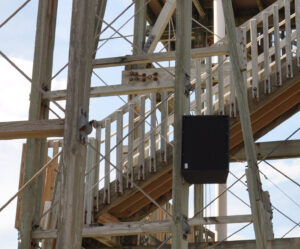 The added challenge was that this was a retro job that had been butchered 5 different times. In addition, they had no schematics for electrical, irrigation, or audio. Other challenges, the audio home run did not have enough amperage for electrical for all the power we added. Further, their source was a compressed streaming service. As a solution we tied power from another building for AC and added a high performance D/A converter to up sample the compressed music. Duane added, “Bag End speakers are so high performance that all the attention to details at the front end shined through and paid off.” “Lesser speakers would have not demonstrated our efforts.”