Bell Helicopter Tektron and the NASA

Bell Helicopter Textron and the NASA recently employed a Bag End subwoofer system to reproduce some specific sounds in a joint research project to measure noise reproduction characteristics of soundproofing components being designed for use in a tiltrotor aircraft being developed by Bell. 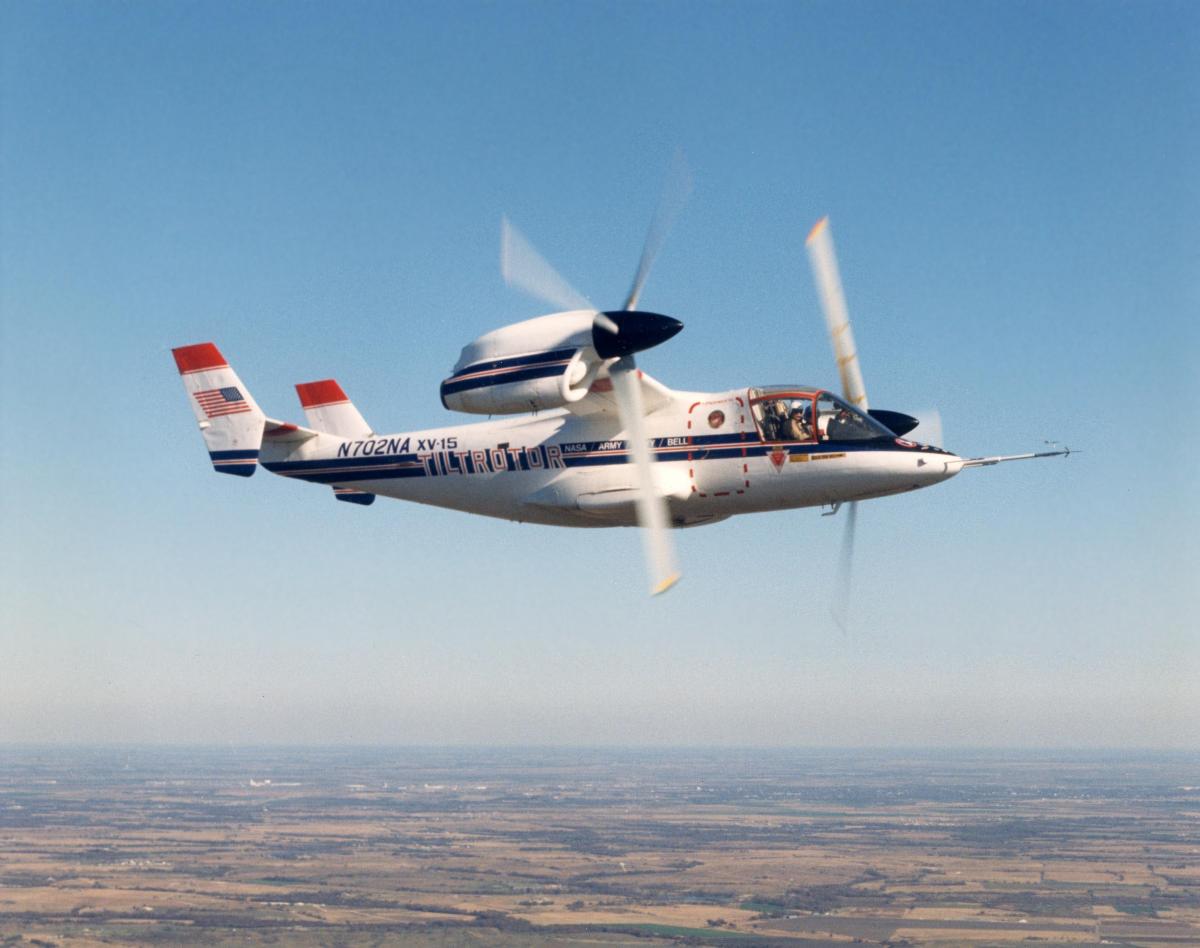 The tests, conducted in the semi-anechoic chamber at NASA’s Langley Research Center at Hampton, VA. used a four-foot test section area of the cabin fuselage of the XV-15 tiltrotor.

In order to reproduce sound levels equivalent to those generated by a helicopter a high-powered sound system was essential. To reproduce the most dominating sound – the low-frequency harmonics generated by the rotors – Bell researchers selected a Bag End Infrasub-18 subwoofer system capable of a flat acoustic response down to 8 Hz.

The rest of the system was comprised of a three-way speaker consisting of a coaxially located horn-loaded 10-inch speaker for the mid-range band and a 2-inch exit horn for the high-frequency range to achieve a 35-degree coverage pattern. In addition, they used a pair of 12-inch woofers in a bipolar array for the low-freqency band.

“The speakers were placed on angles equal to 0 and 60 degrees to the aircraft fuselage while the soundproofing configuration was changed, adding insulation, trim panel, and so on, “Brieger said. “Frequency band crossover setting, equalization and delays were made using a computer-controlled loudspeaker management system. The Infrasub-18 performed as we were told it would, and helped us obtain valuable data to incorporate into the development of advanced versions of the XV-15 tiltrotor,” Brieger said.

Bell traces its roots back to 1935 when it was established as the Bell Aircraft Corporation. Because of its early reputation for developing ingenious solutions to special design requirements. Bell was commissioned to build the United States’ first jet fighter – the P-59A – and later produced the world’s first supersonic aircraft, the rocket-powered Bell X-1.

Bell pioneered the tiltrotor concept in 1955 that led to the V-22 Osprey. Rotary-wing aircraft were spun off to the Bell Helicopter Corporation in 1956. Two years later, Bell was purchased by Textron. Bell Helicopter Textron is a wholly owned subsidiary of Textron.

See the pdf for a downloadable version of this story.