Reviews of the sound quality in Northern Iowa University’s Gallagher-Bluedorn Performing Arts Center have been nothing short of gushing. 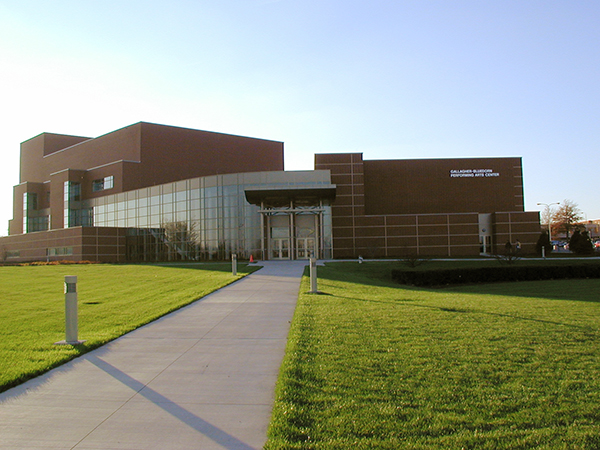 Joseph Giunta, music director of the Des Moines Symphony Orchestra, called it, “an artistic achievement.” He added, “No one has heard the orchestra the way I have, standing right in front of the musicians. Now the audience will have that same thrill – to hear what a fine orchestra really sounds like.”

The main performance facility, called the Great Hall, seats 1,620. Other performance venues include the 300-seat Davis Recital Hall, which can also be used as a large ensemble rehearsal room, and the Jebe Organ Hall, a 125-seat venue containing a new pipe organ that can also double as a choral rehearsal room. 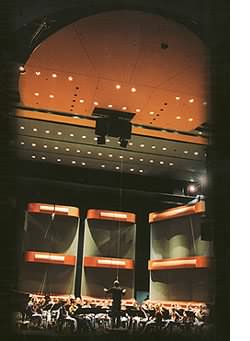 The Great Hall is a three-tiered, multi-access hall with a full stagehouse that can accommodate any performance needs from a touring stage production to grand opera. Two stage extension lifts provide the Great Hall with flexibility. They can provide additional audience seating – or can be lowered to form an orchestra pit – or can be lifted to stage level to provide a large stage extension that allows ensembles to perform in front of the proscenium, within the same space as the audience.

The Great Hall’s design incorporates three cascading balcony fronts encircling the hall. The room, a combination of a classic, narrow rectangle shape with reverse-fan shaping at the rear, is unusually high, measuring 65 feet from stage level to ceiling.

“The two Bag End Quartz cabinets are one of the few portable elements in the facility’s sound system,” said Larry Northup of DB Acoustics, Marion, Iowa, the installation contractor for the facility’s sound system. “The QUARTZ boxes are relatively small, so they can be positioned for optimal sound for a particular performance in the Great Hall – and they also can be moved to one of the other rooms in the building if needed there.

” With the first couple of events at the Performing Arts Center under his belt, house technical director Sandy Nordahl said, “The system is working great – very clean,” adding, “I am really enjoying the Bag End subwoofers. They have a very smooth response. One thing I really like about them is the fact that they are not ported, so you don’t hear the chiffing, rush-of-air sound you sometimes get with ported subwoofers.”

The system also employs two Peavey Media Matrix X Frames, one for the main speaker cluster over center stage, and a separate one for the side fill and front-of-the-house speakers.

An additional flexibility note: If sound reinforcement is not required, the clusters, which are motorized, can be retracted and hidden behind half-circle facades that protrude from the proscenium.

“We have succeeded in producing a building with superb acoustics for a multitude of users at an extremely modest cost,” concluded Janssen.