BAG END is top bid to make the sale 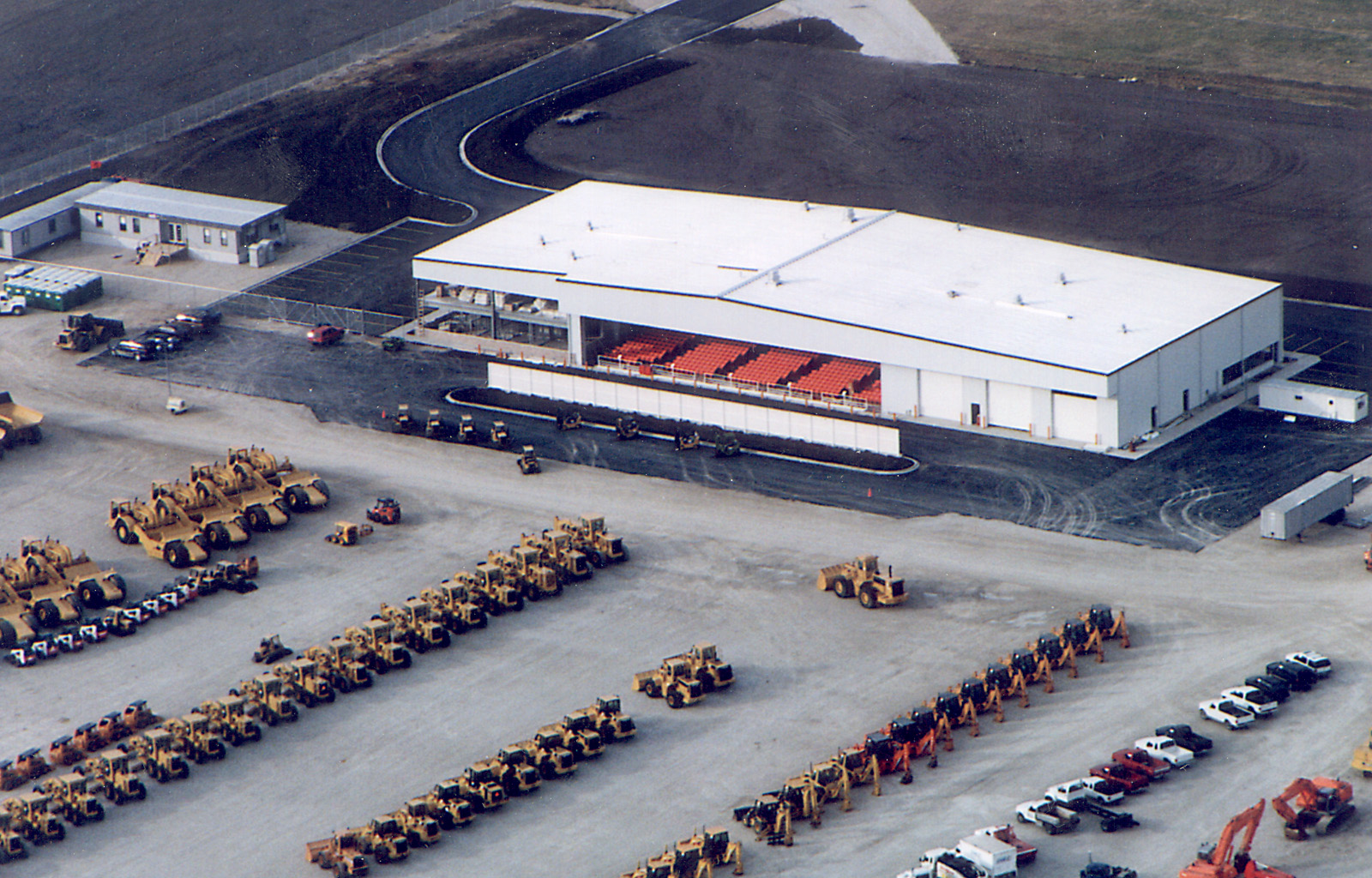 The insistent, staccato voice of a talented auctioneer concentrating on the close of a sale is something to behold. He uses phrasing and rhythm all his own – a kind of “Music Americana”.

Going to an auction was high adventure for any small boy growing up in rural America. The auctioneer – with his spell-binding, rapid-fire chant – is the star and ringmaster of the show, speaking a seemingly unintelligible language.

What the small lad didn’t realize was the key to the auctioneers success, was to be understood clearly. As auctions became bigger and moved indoors, the need to be clearly understood became a bigger challenge.

One of the largest auctioneers in the world today is R.B. Ritchie Brothers of Vancouver, British Columbia. Ritchie Brothers operates more than 70 auction facilities around the world, in Europe, Asia, Australia, the Middle East, and South America, as well as in Canada and the United States.

As part of an expansion plan, Ritchie Brothers opened a 100-acre auction facility in Morris, IL, about 60 miles southwest of Chicago.

Ritchie Brothers’ has specially-designed their auction facilities with some unique requirements. They specialize in reselling heavy industrial equipment, such as earth-moving equipment, tractor-trailer rigs, and dump trucks of all sizes. Some of that equipment is extremely large, and would not fit into a conventional building. 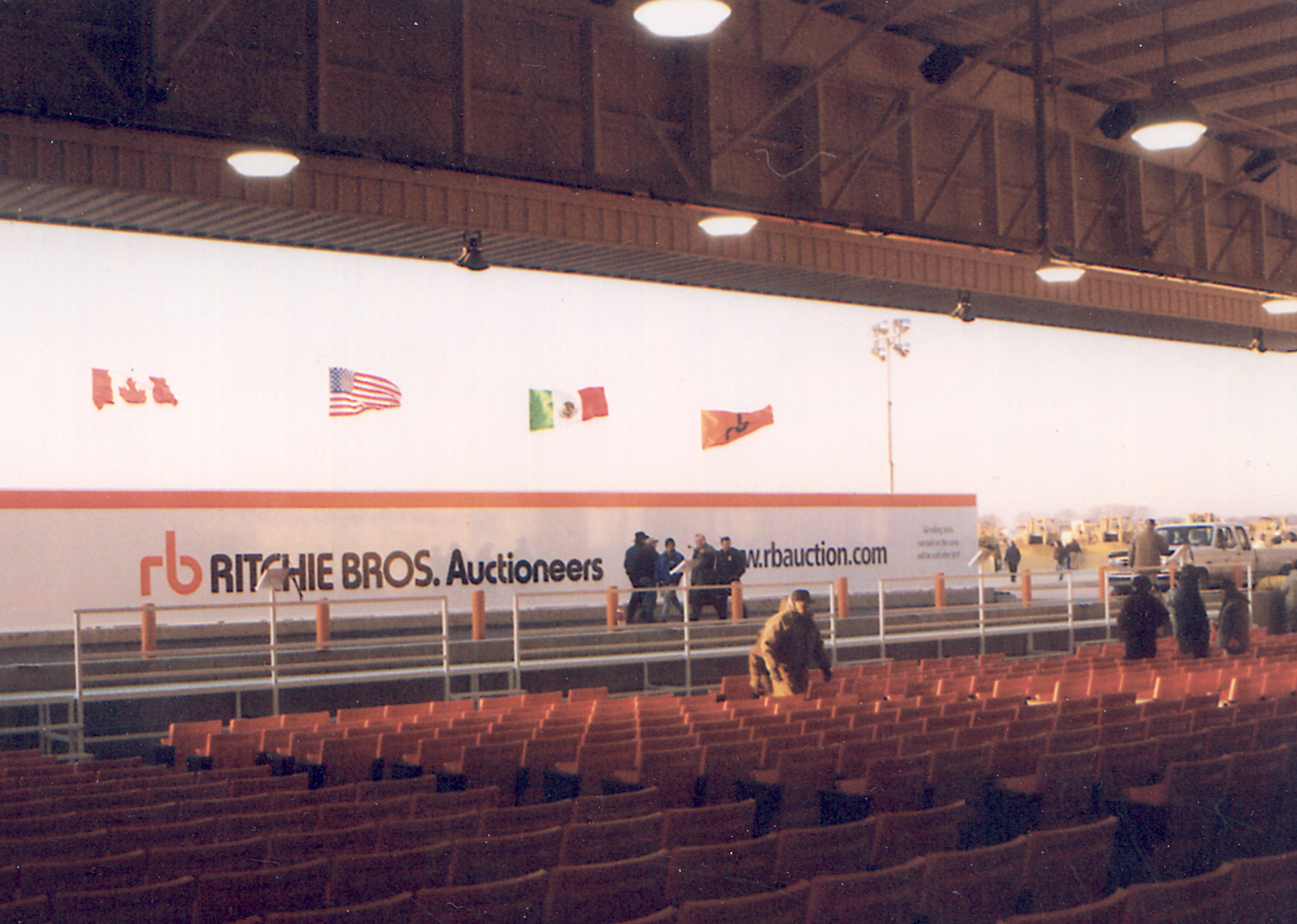 Therefore, a specialized structure was designed by the auction house. This, essentially, was a three-sided auditorium with a large opening on the fourth wall overlooking an outside viewing ramp. The auditorium contains 850 stadium style seats facing the viewing ramp, with an opening approximately 120 feet wide by 25 feet high. Auctions are held throughout the year, in good weather and bad, so the auditorium is heated with radiant gas overhead heaters and an under-floor recirculating hot water system. A fabric curtain is lowered over the opening to protect the seating area from the elements when not in use .

Slightly below the runway level is a catwalk. The catwalk runs across the front of the seating area where five “bid catchers” are located to encourage and watch for bids. The auctioneer is located on an 8-foot raised auctioneer’s booth which gives him a clear view of both the audience and the bid catchers’ catwalk.

“The sound had to have exceptional clarity – after all, hundreds of thousands of dollars ride on some of the bids going back and fourth,” O’Toole said. “And the sound equipment had to be resistant to all kinds of midwest weather. Extremes of 100-degree heat in the summer to 20-below in the winter must be factored in.”

“Ritchie’s design called for the last row of three main speakers to be located at the back of the seating area,” O’Toole said. “We argued that the audience’s attention would be focused on the items for sale if the sound orientation was from the front of the audience, where the merchandise was located.”

O’Toole successfully persuaded the company to make that change, which also allowed for sound coverage to a gallery area at the rear of the seating area. This approach solved two problems for the client.

The bid catchers’ catwalk is located behind the main array. Four dual, sectoral horns cover this area for increased speech intelligibility. Bid catcher’s are equipped with a push-to-talk Shure 515BSM announce microphone. Overhead speakers are muted by controlling the input channels on the Becon 65150 mixer/amp that drives the bid catchers’ monitors.

A merchandise display area is located in the back for smaller items. This room is covered by four BAG END TA1200 loudspeaker systems. These are flown from the corners of the room so those browsing can stay abreast with the auction under way in the main area.

Most importantly, all auction proceedings are recorded in their entirety on a pair of Marantz tape recorders. This protects the auctioneer and the buyer, on the final sale price, in case of a disagreement.