Action? We Want to FEEL it! 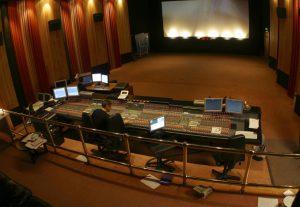 The release of the film adaptation of the Clive Cussler best-selling book ‘Sahara’ featuring fiction hero Dirk Pitt, was in post production at the famous Twickenham Film Studios just outside London, UK. 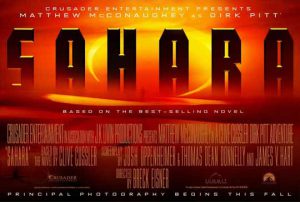 Lead Twickenham sound engineer Graham Nieder said, “Action dramas like Sahara, recorded in the Dolby Digital format, need the added bass sound attack that Bag End subwoofers are noted for. In post production, directors and producers like to not only see and hear the action scenes, but to feel them, too! The top-flight sound mixer on Sahara from the US said that he not only wanted to see and hear the film’s action scenes, he wanted to feel them, too! And he did!

“We needed the added attack from the Bag End powered subwoofers, specifically the powered PD18E-I’s” he added. “Their range is greatly extended by the INFRA-MXB signal processor. Our previous triple chambered ported subs just lacked the ‘punch’. It’s hard to describe, but compared with the Bag End sound they were just too soft. I also had problems with port chuffing on some sustained bass with our previous set up. The sound wave from the front was somewhat smeared.”

“The PD18E-I’s were chosen on the performance of our existing Bag End passive system in both our post production theatres,” he continued. “One of the ‘deal-makers’ for me was their quietness, since they have their own fan-less integral amps. In spite of all the explosive sound in these action films, you really do need real quiet in some intervening scenes, so that the ‘big sound’ is more explosive when you hear and feel it. You need that kind of response for special effects film soundtracks with a huge dynamic range and lots of powerful effects.

“The other great reason I liked Bag End’s subs was because they can be directly, easily and quickly daisy-chained,” Nieder added. “This means that Twickenham Film Studios has flexibility and expansion capacity to keep ahead of the advancing pace of bass sound requirements in the expanding genre of action-adventure films.”

Nieder bought the Bag End PD18E-I subs ‘unheard’, taking their sound quality in good faith, based on his satisfaction with his existing Bag End Systems.