Boston’s venerable Museum of Science is one of the oldest museums in the U.S. and one of the most popular. 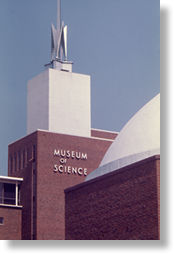 Founded in 1830 as the Boston Society of Natural History, the museum on the Charles River has been providing informal science education to New England for nearly 150 years.

And with more than 1.7 million children and adults passing through its portals every year, it is the most visited cultural attraction in the city.

The Museum of Science prides itself on the use of an appealing, interactive approach to spark curiosity among the young and old alike by vividly demonstrating the fun, excitement and relevance of science. 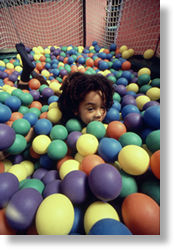 Live presentations have proven to be of particular interest to museum goers, so this year the museum constructed a science presentation stage called “Science Live!” near its new “Natural Mysteries” exhibit.

When the museum was putting together a surround sound system for the “Science Live” stage, Manager of Live Presentations Mike Alexander asked Bill Farrar of the museum’s A/V department for some guidance on providing effective bass that worked equally well with the speech, music and sound effect. Farrar contacted Richard O’Connell of the Boston sound design firm Crimson Tech who obtained the BAG END INFRASUB-18 self-powered subwoofer.

“The INFRASUB works quite well in this area,
It provides the needed low end,
particularly for sound effects,
such as the call of whales.
We are quite pleased with its performance.”

“Our ‘Science Live!’ stage is an area that seats about 100 people at a time, where we present live programs on a variety of topics,” Alexander said. “In most cases music and sound effects play a key part in the presentations.”